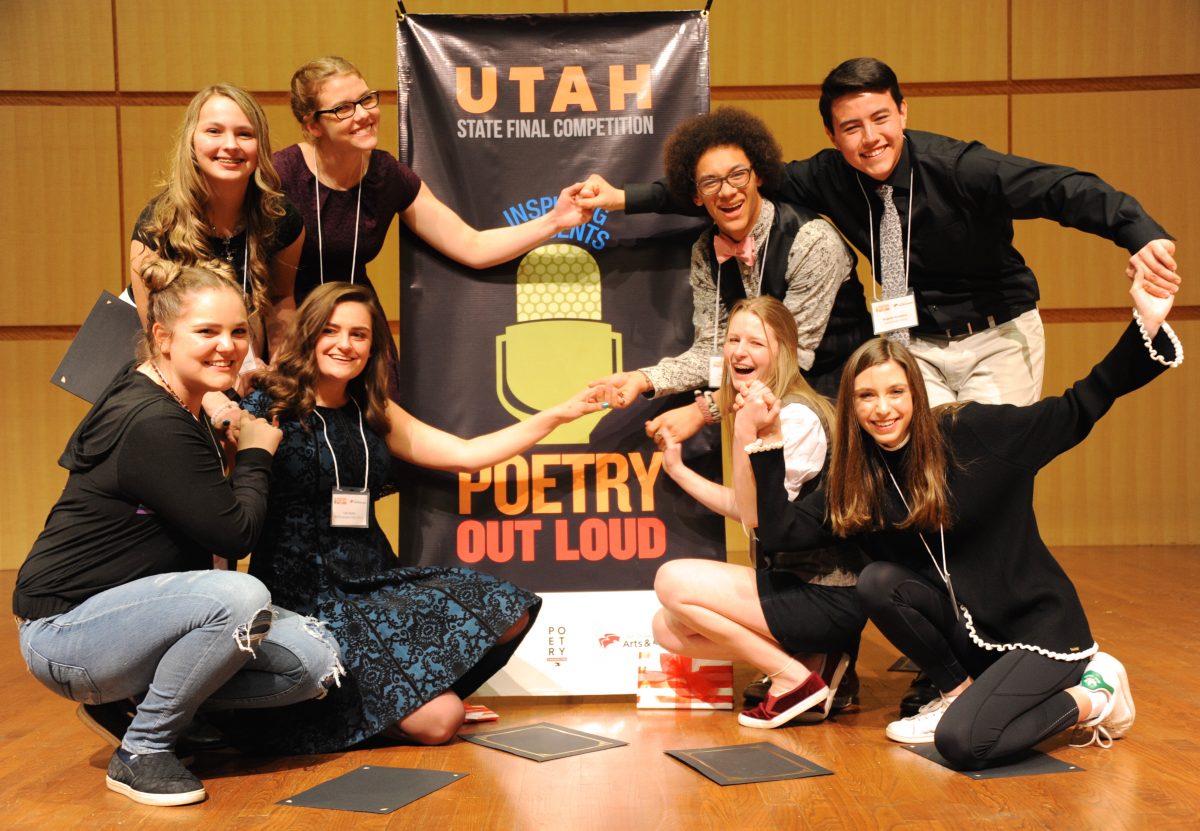 Lucy Quinn (kneeling at left in blue dress) has earned a trip to Washington, D.C. and a chance to win $20,000 in the national finals of Poetry Out Loud after winning the state competition on Wednesday, March 13.

Quinn, a North Sanpete High School student from Mt. Pleasant, recited three poems during the state competition. They included “Sonnet 19: When I consider how my light is spent,” by John Milton, “Bleeding Heart,” by Carmen Giménez Smith, and “Windigo,” by Louise Erdrich.

The eight finalists each read three selections chosen from an anthology of nearly 600 classic and contemporary poems. All of the contestants must memorize their selected poems and perform them solo on a stage lit by nothing more than a spotlight.

The runner-up was Ruby Topham of Bear River High School.

The national finals will be held May 1, 2019. Contestants from 50 states and two territories will compete for prizes of $20,000, $10,000, $5,000, and $1,000. Poetry Out Loud is sponsored by the National Poetry Foundation and the National Endowment for the Arts. The state Poetry Out Loud competition is presented annually by the Division of Arts & Museums.

The finalists were selected from regional competitions held earlier this year. Other contestants included: